It took me forever to be able to post this stuff, because I had to get permission from kids, parents, supervisors, etc… identifying information has been changed, details have been switched around, but you’ll get the idea.

Most of the kids we worked with were survivors of some kind of violent crime, usually within the household. Beginning in the second month, I spent half my time training shelter staff, teachers, and my supervisor how to facilitate coping exercises with these kids, and the other half of my time doing actual clinical work with them.

Like mentioned in previous posts, my supervisor was welcoming and eager to learn from me as much as I was hoping to learn from her. We were able to trade knowledge and skills—she taught me about family therapy and cultural differences in Belize, autism, schizophrenia and behavioral issues, and I taught her everything I knew about PTSD and short-term grief and trauma programming.

About a month ago, the kids really started to open up and grasp the skills we were trying to teach them, and it was encouraging to see them progress. But at the same time it was sad to know that termination (for me, at least) was just around the corner, and that A would take over from there. We worked hard at making the transition to A seamless and positive, so I’m sure the kids will continue to grow, and A is happy to implement this specific model. A has had a hard time, though, convincing the Ministry of Ed that it’s important to address the trauma as a precursor to fixing the behavior issues. (Duh, Ministry.)

There are about 50 unbelievable stories I could tell, but they involve things like stabbings and decapitations and really sad kids. So I’ll just give you one really positive one. There were two little boys I was seeing separately, but they were in the same class. Both had been through the program about a year apart, but didn’t know it. They were in trouble for fighting in class. What I didn’t know was that they were fighting with each other, and worse—for talking about each other’s mothers! When the teacher told me this, I asked the boys if they wanted to have a session together (which wasn’t unusual—sometimes I saw the kids in groups—and they agreed). When we started playing the thoughts and feelings game, they found out they had a lot in common. Every time one of the kids answered a questions, the other would say: Hey, I’m the oldest too… I have sisters too… my dad was like that too… me too! Me too! Me too! Playing dumb, I said, “Wow. You guys seem like you could be really good friends! You really have a lot in common…” Throughout the session, they physically got closer and closer together, and by the end of the group, they had their arms around each other. Before they left, I said, “I really want you two to look out for each other. If you see someone trying to fight with your friend, stand up for him—okay?” They nodded and walked off side-by-side. Every week thereafter they asked if they could have their sessions together, and the teacher told me they have been inseparable every since. I asked if I could share their picture as new friends, and they happily agreed: 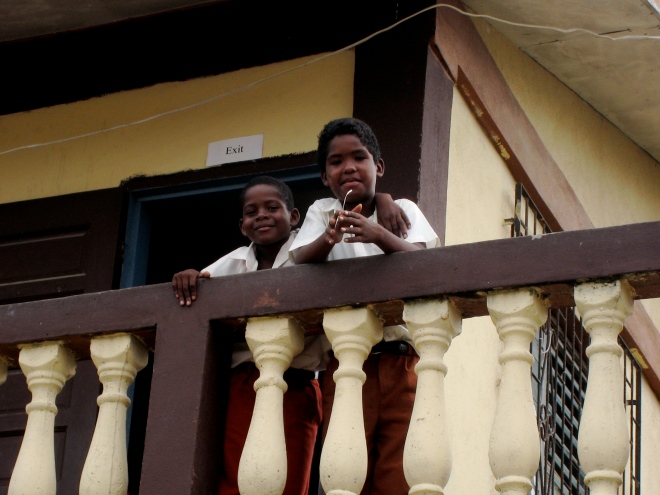 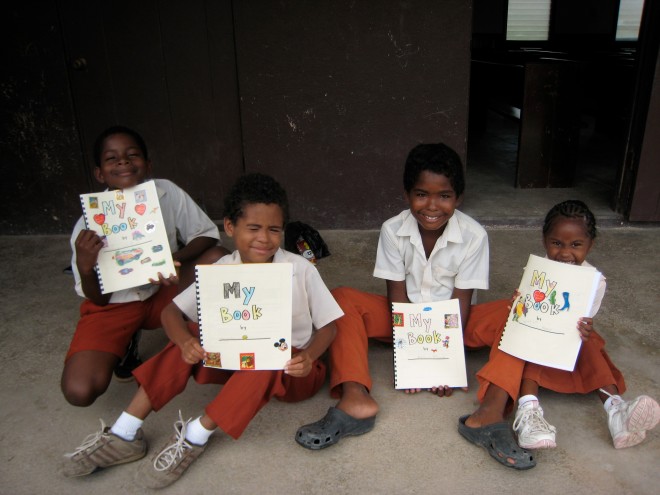 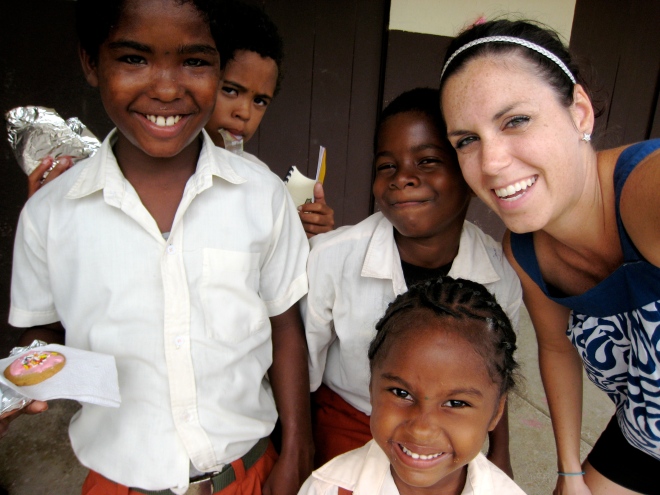 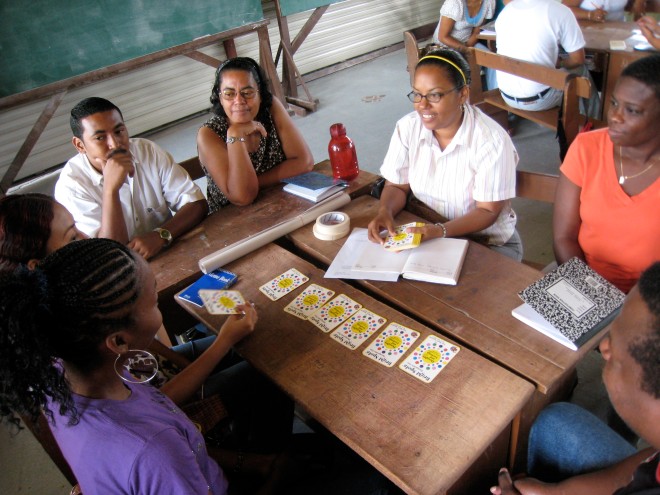 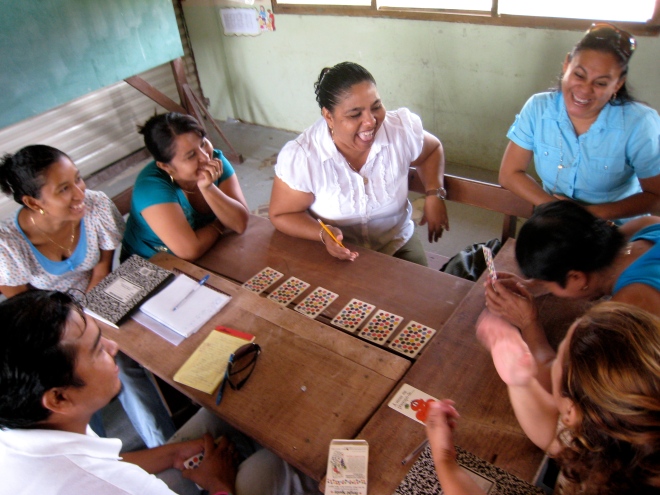 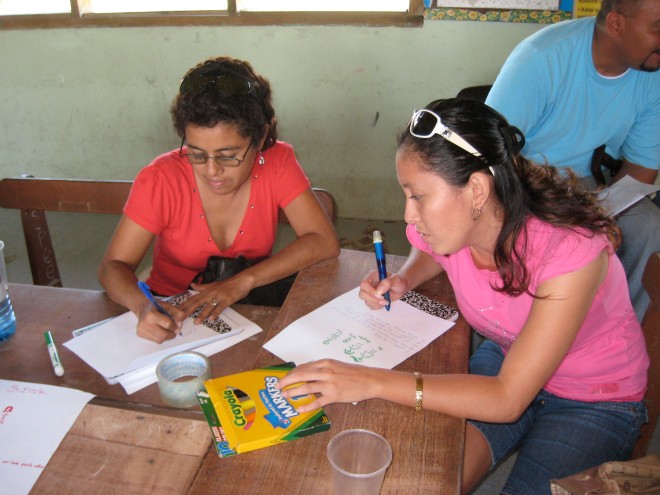 Just to keep things real, when I was trying to write this last post, I’d already left the village (I’m in Dallas now, after spending a week in San Pedro with my Dad & Kathy), and I just felt like I had nothing to report. I had read everyone’s international posts and felt like my cultural experiences, organizational challenges, work-related activities, new skills and lessons learned were just less impactful and shiny as everyone else’s. I actually said, the other night, when Jeff asked what was wrong: “Kim’s cooler”.

He asked if it was because of her gold medal, but I told him it was because she was doing AIDS stuff in Kenya, and Karen was interviewing child heads of households in Rwanda, and everyone’s work was just so international, really important and meaningful in the big picture. My niche was small, and the impact was limited to this little village in this tiny country. (But I actually re-read Karen’s post and caught the part about her feeling lackluster and tedius…)

I think I’m just emotional about leaving and evaluating. Its hard when things end, even if good things are coming.

At the very least, I finally developed a macro interest when I realized you can address issues forever at the individual level or you could go after the origin on a community level. I think I’ve walked away with a new (renewed) interest in public health and development, which I came to Tulane with but hadn’t really understood. We’ll see what happens.

For more pics on life and work in San Ignacio, click here

2 thoughts on “Stories & Evals from Belize”