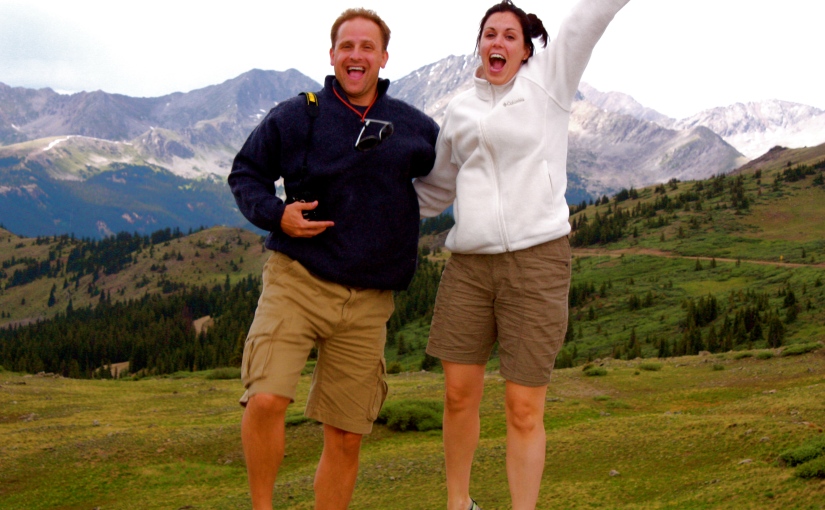 Here is what Jeff and I have discovered after two years of marriage. (I would call it flowers and rainbows- but that’s because I’m on vacation right now, and marriage demands far less of me poolside.)

This conversation formed, credit to Jeff, over months of providing support to certain brothers going through certain dating relationships.

Suppose there are a finite number of irritating characteristics in a person- lets call it five hundred. Five hundred annoying things. Dating for three months or three years, living together before the marriage or after, you will never be exposed to every single negative thing, because they present themselves over the span of a life, triggered by a span of circumstances. Simply: if you live with the person first, and it’s cool, you’re not safe. If the person is your same religion, you’re not safe. If you scored off the charts on every compatibility survey, you’re not safe.

It’s easy to identify the good characteristics during the good times- We have so much in common! He’s so handsome! She’s so fun! He’s so good with the kids! These are the pretend qualifiers. Good times will occur in your lives, and you will manage them with essentially no skill or training. You can bank on this.

The bad time characteristics are the real qualifiers, because these are tools that will navigate you through those other 500 things. Does this person have characteristics you’ll need to get through hard times? How does this person communicate when they’re not agreeing with everything you say? (Sometimes you will say stupid and unfunny things.) How does the person respond to stress? Would you trust this person during your most insecure and irritable moments? How does the person negotiate? What role does he/she take in problem-solving? You will hit some kind of brick wall somewhere, and you’ll need to figure out how to get up, over or around it.

What I’m saying is: nobody is safe from marriage. Even if you have the person move in, share the bathroom, live out their financial habits and hygiene habits and spiritual habits and nose-picking habits in front of you, there will ALWAYS be something else.  Marriage is not the expectation that you found the one person in the world for you and you’re certain you’re compatible. Marriage is the expectation that shiz will arise and you’re certain of your ability to navigate through it together effectively. When the car breaks down, when its raining on vacation, when the dishes don’t get clean because the barbeque sauce wasn’t rinsed off the pate first, when the dill weed falls out of the cabinet and shatters and you’re BOTH running late, when the bedroom floods, when the budget is cut, when you inexplicably cry through 3 consecutive church services, when four families want you on the same holiday, when you get home from a 12-hour shift and don’t feel like talking to anyone, when there is nothing to make for dinner, when you gain 15 pounds, when the roof has to be replaced, when you can’t get knocked up, when half the outlets in the house don’t work, when you can’t find a job, when the fam is coming in an hour and the place is a wreck.

Here is the question that matters: Is this who I want next to me in the trench? (You’ll be in a trench somewhere, sometime.) Or even better: Am I the type of person someone would choose to trench-up with?

Yes. And I hope so. (He could at least live off me for a few years in that trench if something happened- think turkey drumstick- amazon thighs, burn my fat for oil, etc.) This we knew after our 85th self-facilitated premarital survey. We dated in two separate states-  countries, even- 800 miles apart for over a year, and only flew home together on our honeymoon. Most would never believe we could know each other in any kind of way dating like that. Not really. But we did. And we are a good team.

Happy 2nd anniversary, J. I got you a tropical storm named Debbie.

What’s the return policy on this gig?
KIDDING! I would rather have J.