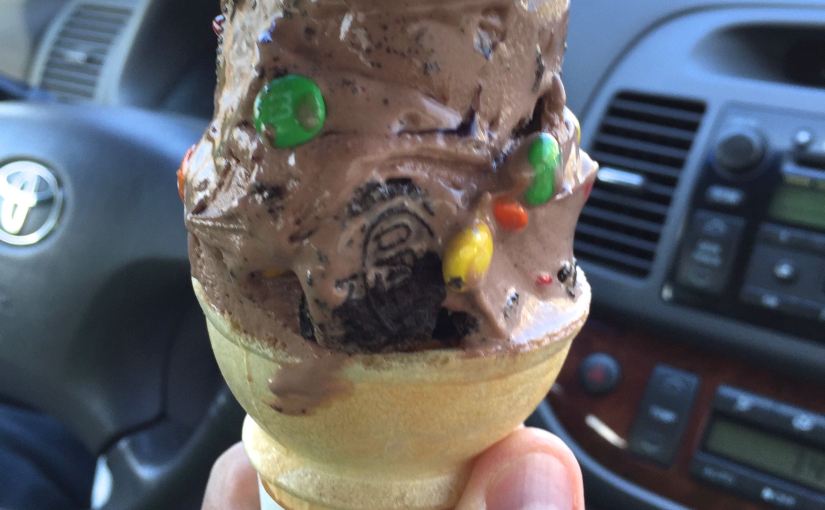 It’s Friday and I feel almost normal.
The hormones will baseline in about a month, the doc told me.
But I’m smelling coffee for the first time in 3 weeks without the impulse to barf, and my heart opens up just a crack to peek outside.

In a few days I suspect bananas will come back, too, and chicken and Life cereal and eggs and all the other strange things that left.

Today instead of 8 weeks pregnant, we are 1 day post-loss.  A week ago we learned our fresh 7-weeker didn’t have a heartbeat.

No one even knew we had a 7-weeker.

My body, on the other hand, oblivious to the giant black hole on the ultrasound, continued to grow a gestational sac with nothing inside. I was informed I’d have to carry the empty sac around for another week because they couldn’t do the D&C until Wednesday.

Our grief was honest that afternoon: five simultaneous basketball games on five different devices, $50 worth of Indian food, and a weekend getaway booked for April.

I sat in the middle of the bed the next morning kicking sheets and throwing clothes around as I yelled to Jeff in the next room, I WANT TO BE THE PEOPLE WHO DO THE FUN STUFF. The ones who are on a wine trail in Texas, or skiing in Colorado, or at an outdoor church service in Nepal. I WANT TO BE SOMEWHERE WARM WHERE I CAN RIDE MY BIKE WITHOUT EARMUFFS.

These were all things I’d seen other people doing on my Facebook feed that morning.

It is total bullshit to have constant morning sickness while waiting to miscarry.

I wanted to stop taking progesterone, which my doc wouldn’t let me do until it Wednesday. I wanted to not have a sinus infection, which was obviously the reason I couldn’t cope. If only I felt better, I thought, surely I would be able to manage. Or I wanted loads of cash, at least, to shop out all the sorrow. Any of these would have mitigated the pain.

But there was nothing.

I cried when I told Jeff I couldn’t find one single meaningful insight, that my body was holding me hostage, and there was nothing I could do to get away. I have to get out of here, I cried, and yet I knew my body would have to come with me.

Then we have to get out of here, he said.

So we got out of there.

We drove up the north shore for hours on tiny lakefront roads to the border and did bizarre things like attempt to find Michael Jordan’s old house while eating giant scoops of Culver’s Oreo Chocolate Volcano Explosion custard which also had M&Ms in it.

I said out loud to Jeff in total bewilderment: It’s, like, an actual blessing when food tastes good, you know? The peculiarity of good feelings and the ability to taste in the middle of deep pain was so strange…

And I thought of Jacob, an old story freshly told in a book I’d finished six months earlier, An Alter in the World by Barbara Brown Taylor. Jacob, running away from home, looking for a stone to use as a pillow in the wilderness.

“When he had found the right size stone, Jacob lay down to sleep, turning his cheek against the stone that was still warm from the sun. Maybe the dream was in the stone, or maybe it fell out of the sky. Wherever the dream came from, it was vivid: a ladder set up on earth, with the top of it reaching to heaven and the angels of God ascending and descending it like bright-winged ants. Then, all of a sudden, God was there beside Jacob, without a single trumpet for warning, promising him safety, children, land. ‘Remember, I am with you,’ God said to him. ‘I will not leave you until I have done what I have promised you.’

Jacob woke while God’s breath was still stirring the air, although he saw nothing out of the ordinary around him: same wilderness, same rocks, same land. ‘Surely the Lord is in this place,’ he said out loud, “—and I did not know it!”

The house of God, disguised.

What if God can drop a ladder absolutely anywhere, with no regard for the religious standards developed by those who have made it their business to know the way to God?

What if God was dropping a ladder right there into my car while I ate that drippy cone? Offering a moment of peace without a single trumpet? Could the house of God be disguised as our car in the Culver’s parking lot?

Taylor’s friend says in the same book that prayer happens and it’s not necessarily something we are even doing. Biting into a tomato can be a kind of prayer, he writes.

And when we stopped at the outlets on the way home and I bought a pair of spring shoes:  Spring, God.

And although the shoreline was kind of ugly and the wind froze my face and I had to wear the earmuffs: Sunshine, God. THIS GIANT BLUE LAKE, God.

The next day, between church and four-hour naps and fistfuls of dry cheerios, we resolved to keep plans we’d made months earlier with our dinner club that night at a restaurant with small plates so unusual my stomach couldn’t even conceptualize them and therefore had no chance to reject before tasting. Again, the food tasted good and I smiled across the table at Jeff, and we both knew it was the exact the thing we needed in that exact moment.

The friends. The food. Another ladder.

And at the very end, the server brought out a tiny personal birthday cake as an early surprise, and I blew the candle out, thankful for people around me who plan fancy dinners and tiny surprise birthday cakes that interrupt our grief.

But Monday came, and people asked what we did that weekend, and it was not acceptable to say, “Oh, we miscarried a baby—what did you guys do?” so I slept and pushed back all my appointments to a reasonable hour like 4pm.

It did not help that the titles to my daily mediations on these five days, beginning with the day before the ultrasound, were “When My Heart Breaks” and “Out of the Wreckage” and “Just Past the Heartbreak” and “Stitching Our Hearts Back Together” and, annoyingly, “Thankful”—all of which I refused to read. Had there been any ladders dropped on Monday, I’d have thrown whiskey bottles at them and kicked them all down. But I never looked.

By Wednesday morning the black hole had reached my eyeballs and was staring sharply out toward everyone who tried to interact with me, because it was the day I would lose my only 8 weeks of motherhood and also the only way I could move forward.

The nurse talked softy and IV’d me up while I looked at the pastel poster on the wall displaying normal cell division at different stages of an embryo. So mean, that poster. The woman on the other side of the curtain was at the very beginning: her egg retrieval, where all the hope starts. The biggest fear at that stage is ending up on my side of the curtain 8 weeks later.

An average IVF cycle is 75 days. Plus 8 weeks of pregnancy in our case. And another 6-8 for recovery. Half a calendar year will be gone when this is over.

Peace came with the anesthesiologist. I kept telling her how warm and peaceful the medication was as it knocked me out. This is why people do drugs, I told her. I heard her chuckle as I closed my eyes. And just like that, everything melted away. The baby, the nausea, the rage, the hormones, the stuckness, the black hole.

And then I finally understood: To lie flat on the ground with the breath knocked out of you is to find a solid resting place. –BBT

When I woke up, I was just plain old me again. Day zero un-pregnant. In some miraculous way I could finally breathe.

I don’t think it’s weird that sunshine or spring shoes or tiny birthday cakes or giant custard cones saved my life last weekend (via my non-sensory-driven husband who abandoned all reason in regards to that Chocolate Oreo Volcano Explosion, even though his primary value is self-control. I’d argue his primary value is actually compassion—the cone was his idea.)

But the thing that wraps my soul in blankets: on the day we couldn’t do anything but run away from our life, two people were lighting candles for our baby on our behalf, and God was dropping ladder after ladder directly into our path, because we can’t get away from Him.

“… but rather Christianity is to have one’s body shaped, one’s habits determined, in such a way that the worship of God is unavoidable.”
—Stanley Hauerwas

Wherever we went, whatever we did: there was God. He was not confined to that infuriating heartbreaker devotional or in a church pew where most expect to encounter Holiness. He was right there in the actual world—Culvers, lake Michigan, an outlet mall. It has to be acceptable, then, that sometimes our only prayer in the middle of deep loss is: Ice cream, God; that building an alter wherever we see a ladder makes the worship of God unavoidable.

The day there was no heartbeat my friend posted this at 6am not realizing I would be reading it at 11am when we no longer had a baby:

You can only pray what’s in your heart

If your heart is a river gone wild
pray the torrent

Or a lava flow scorching the mountain
pray the fire

Pray the scream in your heart
the fanning bellows

Pray the rage,
the murder and
the mourning

Pray your heart into the great quiet hands that can hold it
like the small bird it is.

So today I pray the coffee and the basketball and the rain and the pain meds and every single spring sailboat in the Belmont Harbor.